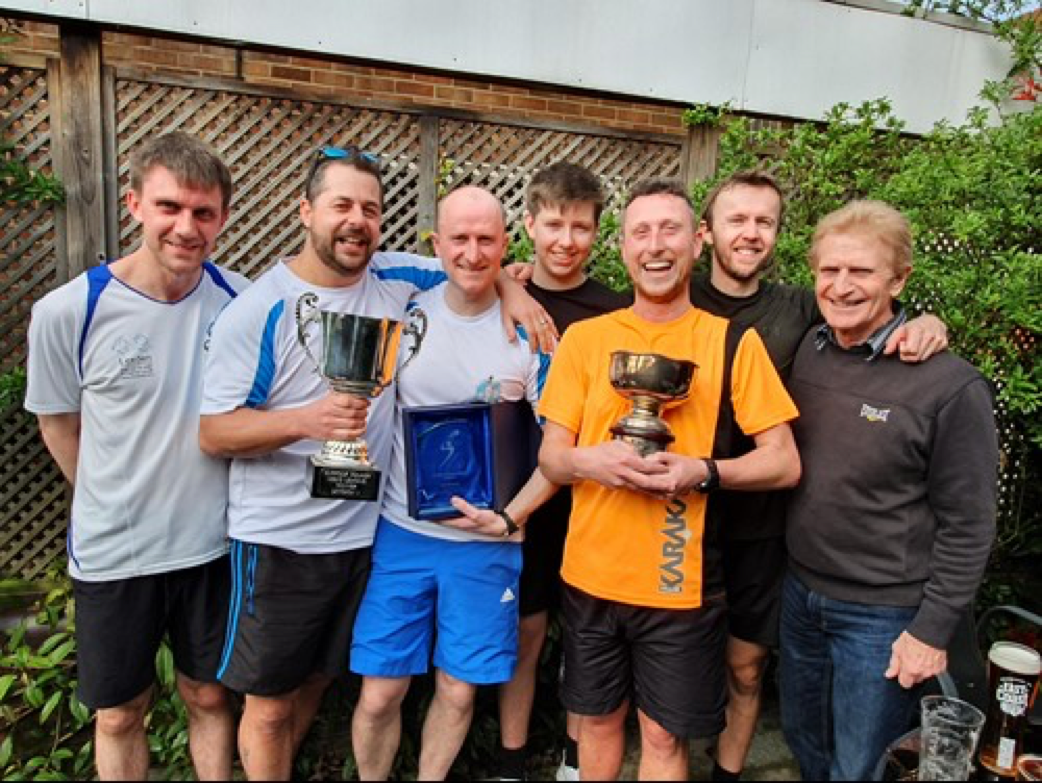 Division 1 Champions Lexden rounded off their season with a Super Cup victory in the event held on home soil on March 30th. And although it was their A team of Snelling, Wheat and Kliggerman that had won the League, it was the B team of Allen, Smith and Tatum that took the Cup. Although, in truth, the result could have so easily gone the other way. The second string match of Wheat vs Smith was one of the closest of the day but Chris Wheat seemed to have sealed it with a couple of match points that would have secured the Cup for the A side. But a flurry of Let points that could have gone either way suddenly saw Chris Smith come from behind to take the 5th 12/10 and it only remained for Paul Allen to take a 3-0 victory over Steve Snelling for the B team to take the Cup.

The Div 2 Cup was missing League winners Ipswich, leaving Earls Colne and Moreton Hall 2 to battle it out. This was another close encounter, Earls Colne winning 3-2 after captain Russell Haythorpe’s deciding win 16/14 in the 5th. And here was to be yet another 3-2 Cup result, with Wick Lodge, the League’s DIv 3 champions, securing a 3-2 win over Lexden 3.